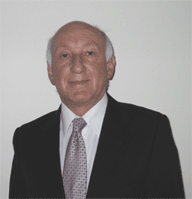 Mr Peter Grossberg is a graduate of the University of Melbourne and a qualified General Surgeon. He is a fellow of the Royal Australasian College of Surgeons and the American College of Surgeons. He did his post-graduate training at the Alfred Hospital and then overseas at the Lahey Clinic in Boston USA and the Royal United Hospital, Bath in the UK. He has been in practise in general surgery for more than 25 years. His principal practice is at Epworth Eastern Hospital in Box Hill.

He is currently a Senior Lecturer in surgery at Monash University and is a Senior Surgeon and Head of Unit at Box Hill Hospital.